The Land Below the Wind 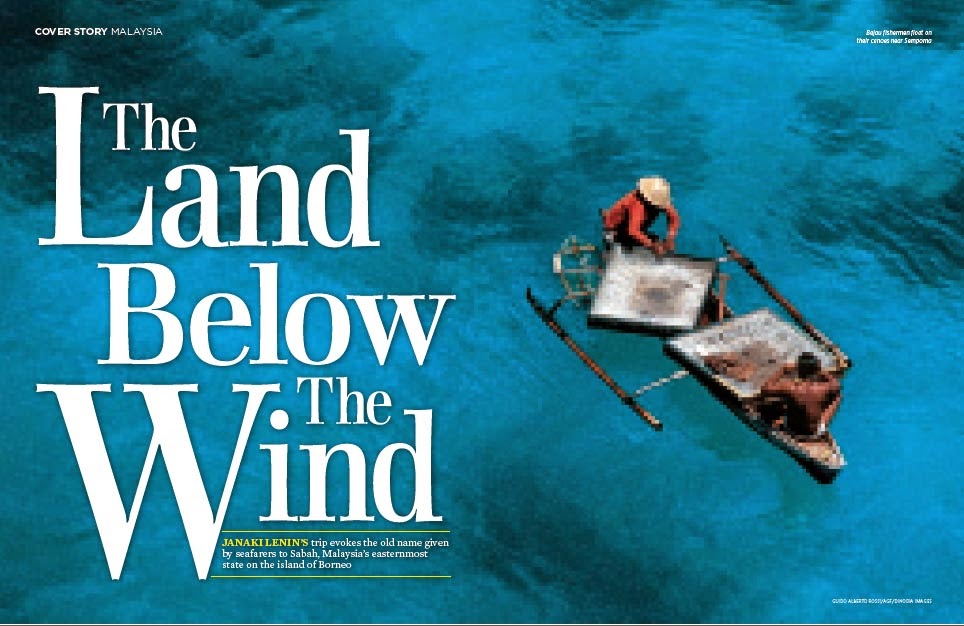 I learnt more than my comfort level allowed about headhunting on the 30-minute drive from Kota Kinabalu to Mari Mari Cultural Village, Sabah, East Malaysia. John Prudente, the guide, briefed our group about the traditional tribal cultures showcased at the village. One of them was the Murut, the most aggressive headhunters of the Malaysian state.

Young Murut men raided other tribes to collect heads. Headhunting was a rite of passage, turning young men into warriors and eligible bachelors. But one head wasn’t enough. The greatest warrior had the most number of skulls.

John dramatically lowered his voice and said, “They would sometimes take ladies’ heads too.” My fellow tourists gasped. Since the group was all women, I suspected he was trying to get a rise out of us. But he was serious. Murut men waited in ambush by streams where women bathed and did their laundry. They were easy to overpower, and there was no law against taking their heads. John said, “The rule of the game was to get a head, a human head. It didn’t matter if it was male or female.”

But the chilling story didn’t end there. Murut warriors didn’t spare even pregnant women, and in fact, sought them out because they got two heads with one blow. “The spirit of a pregnant woman was more powerful,” John said. Not only was headhunting a mark of bravery, the spirits of the dead did the killers’ bidding. Each warrior owned a chunk of forest for hunting and procuring medicinal herbs. Since these were far away from longhouses, spirits were essential to guard them from trespassers.